The Iranianhiker is a Native and Irish American woman now living in the Islamic Republic of Iran.

The IranianHiker grew up most of her life in a small Texas town, being one of seven children raised in a Texas barrio. She first left her small, modest family home in her teens. At the age of 15, the hiker experienced her first whim of hard work and independence in the USA. Soon after, she managed to drag herself through several university degrees. Her most favored work always involved scientific research positions, earned through grants, and of course TA positions in the Earth Sciences. Most of her achievements were accomplished while enduring years of hard work; taking odd jobs on farms or in automobile garages; and sometimes waiting tables, cleaning homes and even flipping burgers, while rearing two beautiful, healthy children in the process.

Doing her best to understand the world and all the problems it encompassed, the hiker set out for travel, in some of the most controversial spots on the map. She traveled south of USA to Central Mexico; here she lived in a roach infested hut, with no water, but the beach that surrounded her. She extended her travels into Asia, where she later settled in the region often referred to as the Middle East. Throughout her travels, the mindset of the hiker began to change; she realized much of her materialistic, “All-American” way of life, was an imposition and a burden on the lives of others. Experiencing the hardships and illnesses that come along with living in a third world countries, the hiker realized her life needed a big spiritual make over; not only this, but a greater commitment to the Creator — in an effort to fully understand the way the world functions. She returned back to US, studied various religions and soon embraced Islam. Islam was the ultimate spiritual journey that would prompt a major physical and mental transition in the hikers life. Later, it would be her love and devotion of Shi’a Islam that would manifest her interest in the Islamic Republic of Iran. The hiker also had a love for Persian culture; eventually, this fondness inspired her to fulfill that growing curiosity towards Islamic Republic — where she would finally build a life with her husband and two children. Nonetheless, her love of Iran and Islam did not come without obstacles, her interest  would be met with many challenges and harsh consequences.

In her early days, as a Muslim, the hiker was struck with obstacles that challenged her mentally, much more than anything else she had ever faced.  After confronting the prejudice, hatred, and misunderstandings — not only among “friends,” family and other Americans, but by the US government — due to her willingness to promote peaceful solutions between USA and Iran, as well as her marriage to an Iranian national; the Iranianhiker left behind all she once knew for something better.  She felt the lives of her loved ones and her own would be jeopardized, in what is now a highly hostile, discriminating environment within USA — certainly, they are prejudice towards Muslims. Life as an “outed” Muslim in USA is simply not easy. Living in her home country of the USA, without much support, the Hiker went into near seclusion, often uneasy about facing the judgments and harsh attitudes on non-Muslims or people of faith. In such a controlled environment — as a target of hostile American entities prejudiced towards Muslims, Shi’ite Muslims and the Iranian nation — the hiker had no other choice but to withdraw from society most of her time. During this time she doubled her ambitions, devoting her work and studies towards Islam, Iran: the people and the culture. She would make a few trips to Iran to determine what her true calling was; meanwhile, with other detrimental concerns overwhelming her with fear; like, death threats (taken lightly by local police), home break-ins, and biased interrogations by HLS, there came a final breaking moment for the hiker. She personally watched some of her very own innocent Iranian friends face discrimination in a court room, sadly, they lost their case and entered the American Corrections System–it was decided she had had enough. The hiker knew, at that point, it was urgent to plan carefully for her and her families future in a less discriminating Islamic Republic of Iran, rather than to continue living openly as a Muslim in the USA.  She established, through her research and studies, most of what the US nation relayed to their people on Iran was a conglomerate of lies: namely, to promote more animosity towards the very peaceful nation. She had and undeniable urge for moving onward; to a more peaceful, hospitable, and welcoming environment, especially to maintain her mental balance and move forward successfully. The Islamic Republic of Iran was just the place for a woman like the Iranianhiker to thrive in. Soon enough, the Hiker made a conscious decision to leave USA, taking one last look back towards the small Texas town she grew up in. However, she did not leave behind her passion to promote love and peace on a planet strained and torn by war.  Her story will be lived out in Iran, for she now lives peacefully in the IRI with her loving husband and two beautiful children. Today, the Hiker not only educates in her spare time on various aspects of US, Mexican, and Native societies and culture, but works as a writer and educator: She passionately combines her studies and profession to bring forth the truth on US society as a Social Scientist. Her future goals include; entering a PhD program, opening a special school ( for low income children ) and devoting as much of herself, as she can, towards making an already strong and progressive nation, stronger.

The Hiker has earned BA degrees in Sociology and Anthropology while minoring in Geology. She holds a Masters of Science in Sociology with a minor in Political Science. Furthermore, through her writings, the Hiker educates people on Iranian culture and society, while debunking stereotypes and myths the Western world imposes on the political system, society, and the people of Iran. Among other achievements, the Iranian hiker is an accomplished researcher with publications in; the Texas Journal of Science for her contributions in the field of Paleontology; and annual Ronald E. McNair catalogs for various research proposals and grants throughout her academia. The Hiker was a two tier McNair Scholar, which led to some awards and publications during her undergraduate and graduate years. She has received state wide awards in Humanities for her social work and awareness on increased teen birth rates in US society. Her most notable award, while at Texas A&M, was placing first at a Pathways State Symposium for scholars 2010-2011; she competed among several graduate and PhD students in the Texas state. The Iranian hiker hopes to carry on her good works and contributions, towards social improvements, for as long as she can and anywhere she is welcomed.

30 thoughts on “About The IranianHiker: An Indigenous American living in the Islamic Republic of Iran” 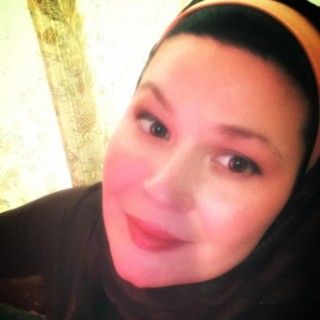